A highly efficient air-source heat pump, providing both heating and cooling for your home, can help you to significantly cut down on your carbon footprint. This especially true if you are replacing a natural gas furnace. 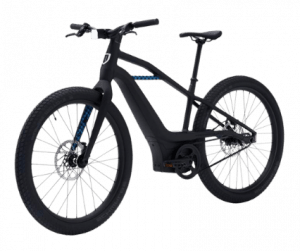 Smarter Heating and Cooling: Installing a smart thermostat is a great way to start saving.  It’ll help optimize your household’s heating and cooling energy usage, which can often be 40-50% of total usage.

Reduce Leakage: Weather stripping around doors and windows also cuts heating and cooling costs by reducing the amount of conditioned air that leaks out of your home.  Plus it’s an easy do-it-yourself project.

Efficient Lighting: LED (light-emitting-diode) bulbs are also an effective way to save.  They are 86% more efficient than old incandescent bulbs and can often pay for themselves in a matter of months.

Cut Standby Losses: Smart power strips help to reduce the energy wasted by computers, televisions, etc. that continually use power while in standby mode.  Standby losses can really add up over the course of a year.

Reduce Water Usage: Low-flow showerheads and faucet aerators help you save water, which is often important in itself.  In addition, they save hot water, helping to cut your water heating bills and carbon footprint.

A heat pump, such as a common refrigerator, is a device that moves heat from one place to another but does not generate any heat of its own. Usually the flow of heat follows the temperature gradient from higher to lower temperature. However, a heat pump uses a compressor, heat exchangers, and other components to evaporate and condense a refrigerant at selective places to move the heat against a temperature gradient, much like a water pump moves water against the force of gravity. So it is called a heat pump.

2. What are some everyday uses of heat pumps?

A refrigerator uses a small heat pump to move heat from the inside of the refrigerator to the surroundings. Thus the food inside the refrigerator stays cool. An air conditioner (AC), which moves heat from inside a house to the outside against a temperature gradient, is another example. Similarly, an air source heat pump (ASHP) moves heat from inside to outside during the summer, functioning as an AC. In the winter, it has a mechanism to reverse the flow of heat and move heat from the cold outside to the warm inside, acting as a space heater.

3. What are the major components?

A system has various components, including a compressor, outside and indoor heat exchangers, refrigerant (with associated piping), valves, and controls/wiring.

4. What types of air source heat pumps are available?

The most common forms of air source heat pumps are: 1. “split” systems that use air ducts inside the house and a central heat exchanger to condition the air flowing through the ducts, and 2. ductless “mini-split” systems that use one or more registers inside the house to condition the space directly without using air ducts.  There are also other variations, such as ducted mini-splits, that can sometimes offer advantages.

5. How does an air source heat pump differ from a gas furnace?

First, a heat pump provides not only space heating, but also cooling. By reversing the thermodynamic cycle, this one device can help keep you comfortable in both the winter and summer.  A heat pump is also more efficient because it’s designed to move heat, not create it.  Operationally, a heat pump takes longer to heat a home from a low temperature than does a natural gas furnace.  Accordingly, they’re generally used in a way that keeps a home at a more even temperature throughout the day.

When it comes to carbon pollution, air source heat pumps have an advantage over other types of space heaters because of their greater efficiency.  The amount of the carbon reduction depends on the carbon intensity of the electricity used to power your heat pump and the energy source (such as natural gas, electricity, etc.) you’re switching from.  If you add rooftop solar at the same time, the carbon footprint of running a heat pump is drastically reduced.

6. Can you set back the temperature when heating with an air source heat pump?

It is advisable to use small setbacks with a heat pump since the heating process takes longer than with other forms of heating, such as a natural gas furnace.  By maintaining a relatively uniform temperature, the temperature recovery time is reduced.

1. How expensive are heat pumps?

The installed costs of air source heat pumps depend on a variety of factors, such as the type of heat pump, home size, location, need for additional wiring, etc.  While they are typically more expensive than conventional heating or cooling systems, an advantage is that you only need one heat pump to cover both heating and cooling.

2. Will I save money compared to a gas furnace for heating?

This depends on the prices of natural gas and electricity in your area, your typical winter temperatures, etc.  In many cases (especially in areas with high electricity prices), despite their high efficiency, a heat pump system can cost more to operate.

1. What kind of regular maintenance is needed?

The maintenance needed is similar to an AC. It consists of cleaning the coils from time to time, changing the air filters in ducts or registers, etc.

2. If the heat pump cools and heats year round, does it wear out more quickly than an air conditioner?

Covering both winter and summer means that a heat pump will log more operating hours than a traditional AC system.  Accordingly, it would normally have a shorter expected lifespan.

Air source heat pumps almost always help to reduce GHG emissions. This is because they use electricity, and in a very efficient way.  Also, as grid-supplied electricity becomes cleaner over time, heat pumps will have an increasing environmental advantage over conventional heating systems.

1. How is a heat pump installed?

This will depend on the type of heat pump being installed.  A central (split-system) heat pump’s installation is generally similar to that of a central AC system.  A ductless mini-split will require the additional step of mounting one or more indoor registers inside your home. A ducted mini-split will involve the installation of some additional ducting.  Depending on the complexity of the system, projects typically take 1 day to several days.

2. Should I get a central (split system) or a mini-split heat pump?

Mini-split systems are normally recommended if the house does not have air ducts or extensive rework would be needed on the ducts.  If existing ducts can be used, then a central system is often recommended.

3. How many indoor registers are needed with a ductless mini-split system?

In answering this question, a number of factors come into play such as house construction/orientation, number of rooms, and specific heating/cooling needs associated with each room. In some cases, a register will be needed in each room, but this is not always the case. Multiple registers (as many as eight) can be linked to an outside unit, and in larger homes, two outside units are sometimes employed.

1. What types of incentives are available?

Many utilities around the country offer rebates for air source heat pumps. In addition, state- and county-level incentives are also sometimes available.